Fifteen years ago an important series released that would impact my young life like nothing had ever before. Kingdom Hearts exploded onto the PlayStation 2 in March of 2002, and being only nine years old living in a pre-internet world I was none the wiser. Fast forward to December 2002. My parents and I were making our weekly pilgrimage to the now relic, Blockbuster. I had just seen one of the advertisements on television of a weird anime looking boy interacting with a plethora of Disney characters. I was (and still am) obsessed with everything Disney, so I had to have it.

Excited to play, I had no idea what to expect. Simple and Clean came on. I loved it immediately, but I had no idea what was happening on screen. If you’ve seen the intro cinematic to Kingdom Hearts you know exactly what I’m talking about. If you haven’t seen it, words can’t do it justice. Watch it below.

I loved every second of it.

I quickly was introduced to Sora, the main protagonist, and his best friends Riku and Kairi. They spent their days playing on beautiful Destiny Islands. It becomes clear that both Riku and Sora have crushes on Kairi, and wanted to share a Paopu fruit with her. In the game it is said, “If two people share one, their destinies become intertwined. They’ll remain a part of each other’s lives no matter what.” The game even lets you duel and race Riku to prove which is better. You bet your ASS I wasn’t going to let Riku win. 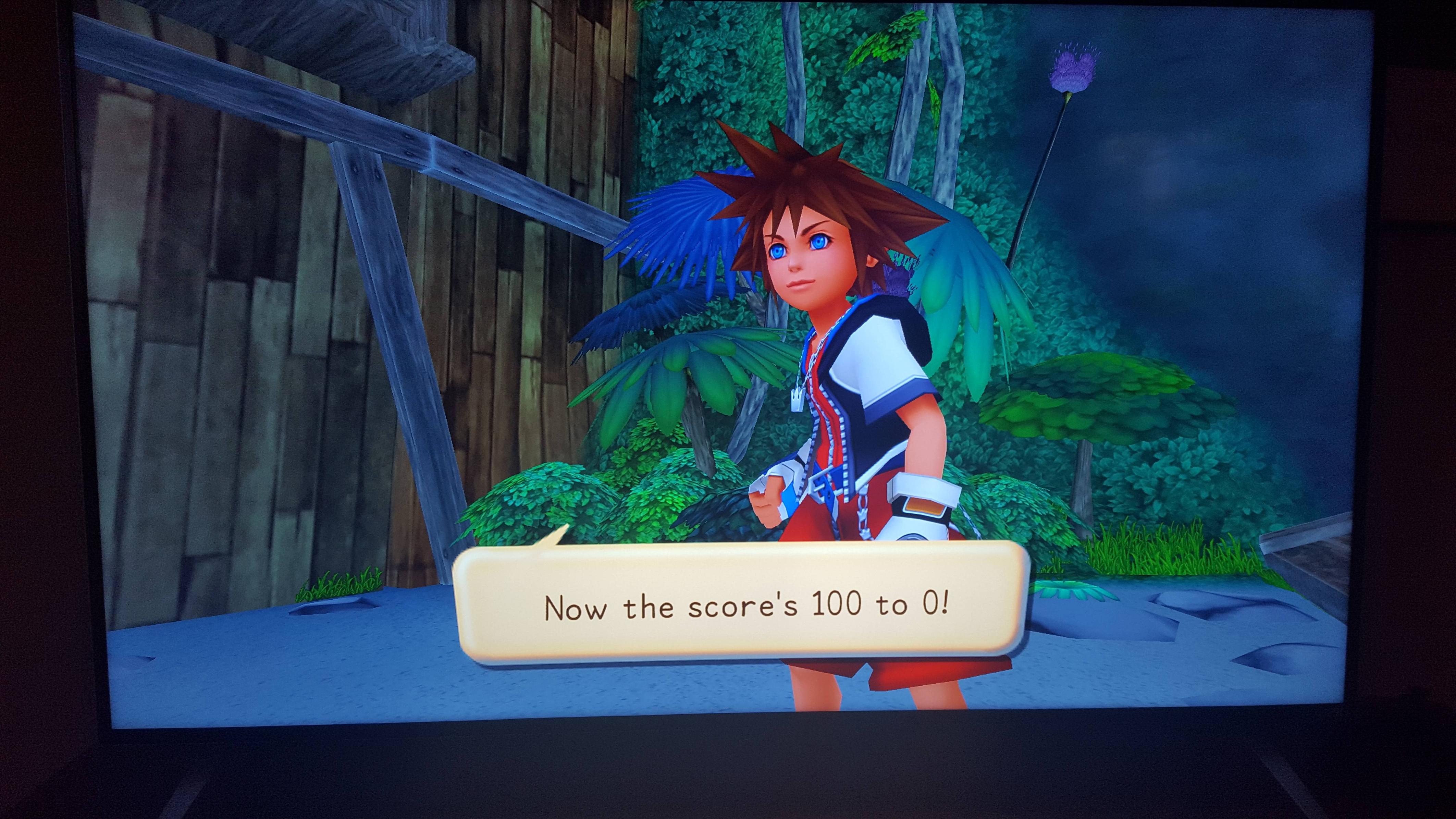 At the time I wasn’t exactly playing story intensive games. Donkey Kong, Spyro the Dragon, Crash Bandicoot, Super Mario Sunshine, and dozens of other wacky games. E for Everyone was the name of the game, and the complexity of the stories reflected as much. I think even then, on a certain level, I knew I was playing something special.

Sora’s driving force to combat the darkness flooding every world is his friends. At each world there seemed to be some roadblock. I remember feeling helpless trying to progress through each world, thinking that at the end of each level there would be some indicator that I’m getting closer, only to learn that there was yet another setback. Once you finally catch up with Riku, you learn he’s embraced the darkness. Once you finally see Kairi for the first time, you find she’s lost her heart and is basically a husk of herself. I wasn’t just controlling Sora trying to reunite with his friends.

I WAS Sora and they were MY friends.

It makes the ending that much more gut wrenching. When you finally rescue Kairi and Riku realizes the error of his ways, Sora is no closer to being reunited with them. The emotional buildup was too much. The game shows you a light at the end of the tunnel, then makes you sacrifice that hope of reuniting with your friends to save them instead. Bittersweet is too soft a word to describe it. Every game before came with a satisfying conclusion.

The defeat of a final boss had always meant victory and happiness.

Not in Kingdom Hearts.